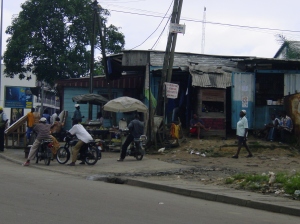 This ongoing project has been generously supported by a grant from the former UK Department for Education’s England-Africa Partnership (EAP) programme administered by the British Council, and by a  British Academy small grant.

International Aid is a 100 billion dollar industry with complex cross-national and cross-cultural linkages, and holds the lives of millions of Africans in its hands. Yet it has largely been ignored by management researchers (Jackson and Haines, 2008). Extant cross-cultural theories such as Hofstede’s (1980/2003), seem inadequate in dealing with the complexities of interactions, and ignores power relations such as within the global governance structure of, for example, the international, national and local efforts to fight HIV/AIDS and TB. It is therefore difficult, by using existing theory, to assess why there might be blocks within this governance structure that prevent the input of resources being realized effectively and appropriately in outcomes. Two questions arise: (1) How can robust cross-cultural management theory be developed that is able to address management issues within complex international governance structures that involve multiple layers of cross-cultural interaction involving relationships of power? and, (2) How can this theory be used to address policy and practice issues involving  north-south relations and the transfer of knowledge and technologies, weak feedback loops, culturally insensitive interactions; complex (and sensitive to research) issues of inter-ethnic interactions in a country such as South Africa.

The aims have been to  (1) constructs innovative and practical cross-cultural theory: building on Flyvbjerg’s (2001) reinterpretation of Aristotle’s phronesis, where social science should be driven by value-rationality, and context specific insight, rather than universal predictive science, and also builds on Postcolonial Theory (where the ‘developing’ world is represented in the eyes of the ‘developed’ world: Said, 1978/1994), particularly as applied in Development Studies, to examine power relations within cultural theory of geopolitical interaction, with attention to Dependency Theory (Frank, 1967), which focuses on institutional/economic issues (both theories mostly unexplored in Management Studies); and (2) investigates to what extent cross-cultural management issues play a part in the blocks in the global delivery of projects/programmes in HIV/AIDS & TB in South Africa, and how cross-cultural theory can be developed from this context. This together with: (3) develops a methodology that is able to analyse the constructing of cultural identities within ‘interfaces’ at different levels of the governance structure, their implications for perceptions of cultural interactions, and the blocks to effective and appropriate management right through to local level, and feedback loops up to international level. And: (4) demonstrates implications for policy makers and practitioners. 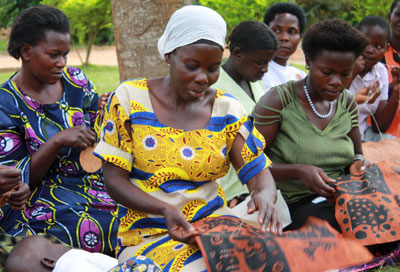 This project sought to develop cross-cultural management theory and methodology that could address major issues of the apparent shortcomings in international and local development efforts designed to address the HIV/AIDS/TB pandemic, specifically in South Africa and to initially investigate to what extant cross-cultural management issues play a part in the blocks in project and programme delivery within the health global governance structure (GGS). Significant progress was made in combining Social Network Theory and Postcolonial Theory in an understanding of the structural and phenomenological power relations within this GGS. There are major issues in international management and organization studies between ‘institutional’ and ‘cultural’ approaches where the two are seen as distinct. Conceptually, the current project went some way in combining these two approaches by first structurally ‘mapping’ the GGS, investigating how structural power relations worked within it by employing Social Network Theory, discussing the shortcomings in only using this approach, and then focusing on the phenomenological power dynamics through Postcolonial Theory (which focuses on the way wider geopolitical dynamics have a major impact on the nature of knowledge within the GGS). By using this approach it was also possible to show how the issue of a lack of generalizability in case study research could be conceptually and methodologically overcome by viewing any organizations (and individual) at an interface of cultural and structural influence within the governance structure (or outside of it), whereby at any time the research could shift from one ‘focal’ organization to another, in order to learn more about how the GGS worked. Hence each organization focused upon is adding to our knowledge about the way the GGS works.

By taking this approach it was possible, for example, to show how ‘gate-keeping’ or ‘intermediary’ NGOs operating at provincial (South African) level were seen to wield considerable structural power in socializing smaller NGOs and community based organizations (CBOs) into the (Western) GGS, but little phenomenological power to influence policy; while local NGO/CBOs were seen to compromise their ‘authentic’ community voice in joining the GGS, but being voiceless outside the GGS. Local organizations need access to the global governance structure in order to gain legitimacy, in order to gain access to resources, yet appear to lose their local ‘authentic’ identity in the process. They have to buy in to the global (modernizing) discourse, to adopt management and accountability processes that may not be locally appropriate, nor reflect local stakeholder interests and needs. This appears problematic in terms of providing both appropriate and sustainable development solutions, and may be one of the major issues in blocks to fighting the effects of HIV/AIDS and TB. A way forward appears to be: to (1) strengthen feedback loops from bottom to top within the GGS; (2) understand how the governance structure works; (3) understand each organization’s situation as an interface within this GGS having various cultural and other influences on it; (4) understand the way power relations operate within this GGS both in a structural and phenomenological way; and, (5) be able to manage these dynamics from a position of critical enlightenment, rather than remaining unaware of the effects of these dynamics on development efforts that are not locally appropriate and sustainable.